Whether you’re an entrant ready to go pro… or so not interested… the annual CGOA Design Competition is for many the gateway to publication.  Let me be clear.  The competition is open to all members, amateur hobbyists and professional designers alike; the event is about celebrating creativity and excellence in crochet, and not about publication. It is a fact that we don’t require written patterns. However, when such a collection of outstanding crochet goes on display at our event and on-line, certain entries are bound to catch the attention of magazine editors hungry for fresh meat… uh, great designs. The prize winners in the Fashions and Accessories categories are the particular targets, with some designs getting sold and snatched right off the exhibit.

So, if you are a professional designer, or hope to become one, or think that you kinda sorta might be able to write a pattern (especially since they’re paying you!), you could find yourself among the ranks of our past winners who have gone on to further fame and glory: publication.  Here’s a look at some of our 2012 crossover hits.

Designed by Tammy Hildebrand, her Mystique top, 2012 First Prize winner in the Fashion category, morphed into the published design, Bloomsbury, featured on the cover of Interweave Crochet, Spring 2013. 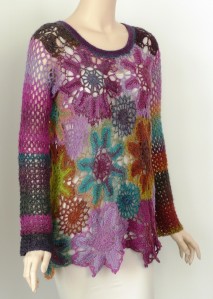 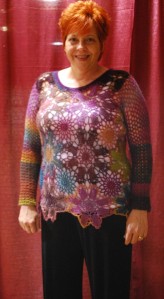 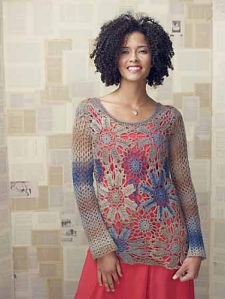 Designed by Jennifer Ryan, the Glendalough Shrug, winner of the 2012 second prize in the Fashion category, got a makeover to become Kerry, as seen in the Spring 2013 issue of Crochet! Magazine. 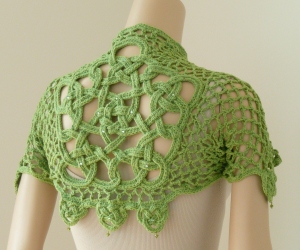 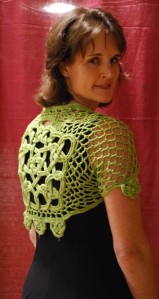 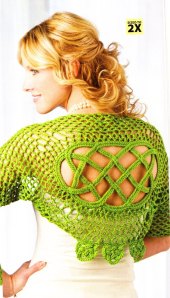 Designed by Kathryn White, winner of the 2012 first prize in the Accessories category, Knots of Love shawl became Love is a Rose, featured on the cover of Interweave Crochet Summer 2013. 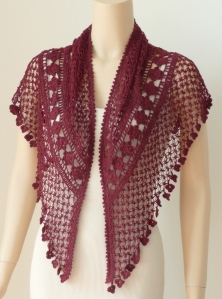 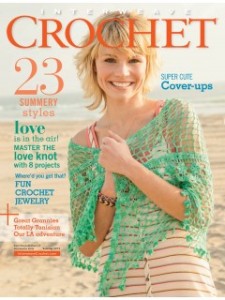 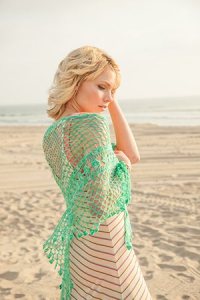 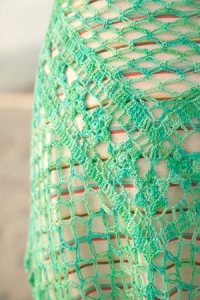 Designed by Linda Dean, Vineyard at Dawn, winner of the 2012 second prize in the Accessories category, appeared in the Spring 2013 issue of Crochet! Magazine. 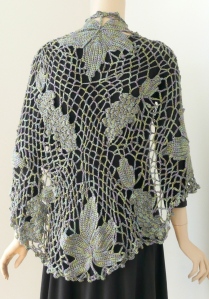 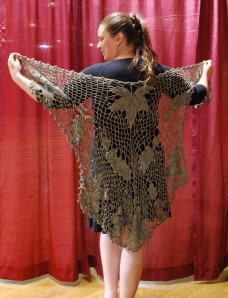 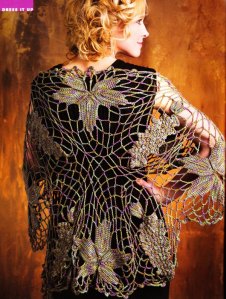 Designed by Diana Toni, The Whirlwind, 2012 third prize winner in the category Fanciful Fashion, also graced the pages of the Spring 2013 issue of Crochet! Magazine. 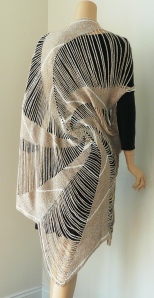 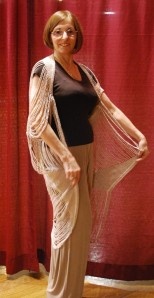 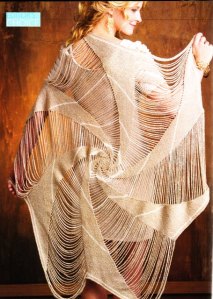 I am now preparing the 2013 Design Competition to be held next week at the CGOA Fall Conference in Charlotte, NC. Winners will be announced here following the official Awards Ceremony, Thursday evening 3 October.  Keep a close eye on the results, and watch for some talented winners and their brilliant designs to pop up in our favorite crochet magazines in the coming seasons.  Best of luck to all!